Depending on the method of data creation, the data may not be suitable for 3D printing. The product is a software featuring automatic error correction of 3D data, optimizing the model configuration as required.

Simplistic browser-operated workflow. Simply specify the correction method to complete the correction after data upload. An automatic notification email will be sent when correction is complete.

3. Appropriate correction method can be selected from among four available options. 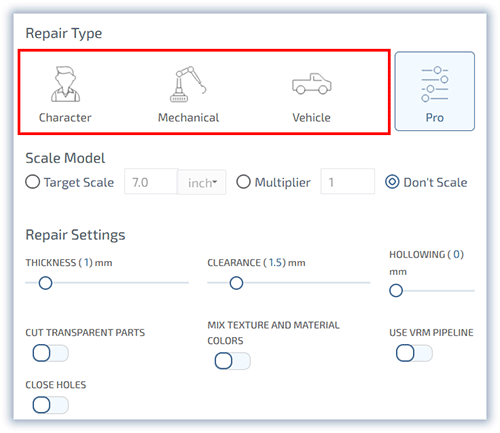 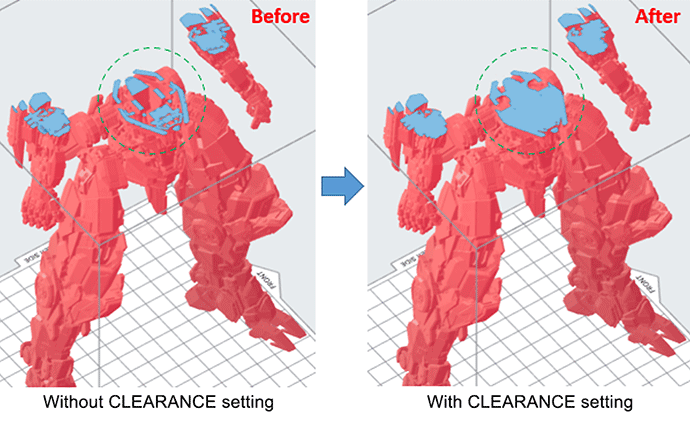 This is a function to make the shape of 3D data hollow and useful for reducing the weight of a printed object. 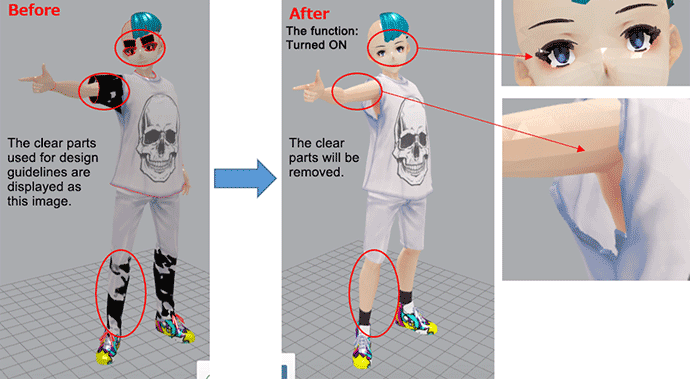 Automatically optimizes the placement of texture data. Multiple texture data can be consolidated into a single data, which improves the processing speed during 3D printing.

This function specializes in modifying "VRM data" created for avatars. It performs multiple modifications such as removing clear parts used as guidelines in the creation process and smoothing the surface.
*Dedicated file format for avatars used in VR applications

The number of errors, model information, shape and color of the 3D data can be confirmed before and after correction, also allowing for the confirmation of correction result by showing cross-section of the 3D data with the slice-view function.