Challenges
Improvements
We would like to deal with a small-lot production of goods. Moreover, we also would like to produce packages associated with them in-house.
Adoption of UJF-6042 and CFL-605RT has enabled us to in-house production. CFL-605RT is utilized not only for packages production but also for the manufacturing of variant seals. Our rate of acceptance of orders has increased sharply by making and submitting one sample. 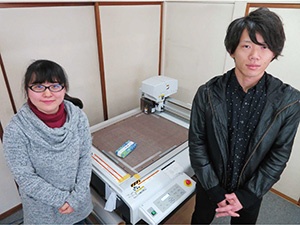 Conclusive factor of adoption of CFL-605RT

The goods related to "local mascot” to which attention has comet to be paid for revitalization of local communities are on the increase in recent years. The number of local mascot is said to be 2,000 to 3,000, including not officially approved ones, and the number of entries alone into the "Yuru-Kyara (local mascot) grand prix 2018" amounted to 909.

Among many very famous local mascots including "Kuma-mon" and "Hiko-nyan", the realm of local characters is embodied by lots of characters originated in each community of Japan. As for major characters, their goods are ordered in large quantities, while the sales of minor characters' goods tend to be small. As the article quantity of one lot amounts to 1,000 or more if its production gets started from its die fabrication at a large-scale plants in overseas countries, such quantity has tended to be a big burden on the orderer side for keeping them in stock.

Mr. S, a designer in charge of production, looks back at the past, saying, "Because there are some character goods that will achieve popularity after their small-lot production, we wanted to give support to their production by cooperating with their fabrication." With the introduction of "UJF-6042" of MIMAKI ENGINEERING and a laser beam machine in 2015, we were able to start making an acrylic key holder at least one piece. 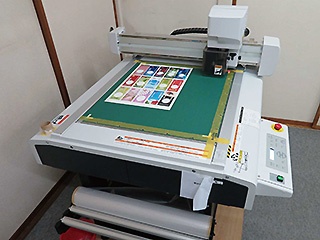 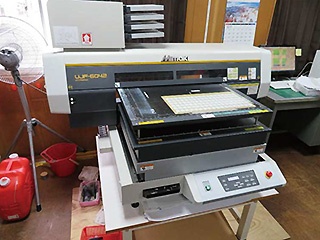 The small-lot production began from adoption of "UJF-6042."

Assembly is also available on our own. 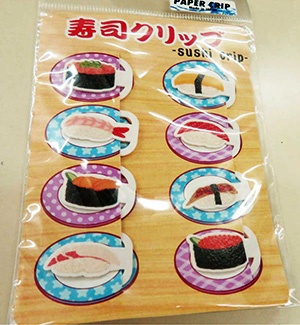 KOJIMA features its consistent service ranging from packaging to shipment.

It is a package of these products that was required after development of small-lot goods. The company is unusual as a goods production company in that it is performing not only development of goods, but also it is making arrangements for packaging materials, engaging in assembly, such as box packing and packaging, and providing direct distribution to selling places. That is why the customers find it useful since the consistent purchase order is possible.

However, under the circumstances in which small-quantity articles increase, the printing of box, packing sheet, band and pasteboard does not offset the expenses because cost of platemaking, cutting-blade mold and so on is required. On this account, we made a digital printer available in 2016, realizing the printing without platemaking. At the same time, we adopted "CFL-605RT" manufactured by Mimaki.

President mentions first about his main factor to adopt "CFL-605RT”, "When I consulted with Mimaki about our in-house production, a person in charge of Mimaki gave me advice kindly." Furthermore, since its footprint is small and its price is affordable, he also thought "That machine was just suitable to our demand at our early stage of in-house production."

Seals in great demand are utilized for the cutting production. 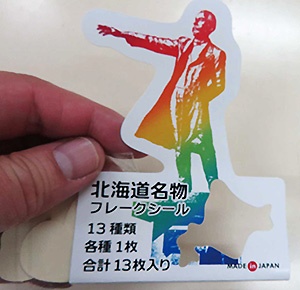 Production of sought-after flake seals is also made available for small-lot production.

What can be created by "CFL-605RT" is not only package. Because that equipment can print out deliverables with a digital printer and cut them into each piece, production of seals for souvenirs even for highly small-lot production was enabled.

The "flake seals", one of the popular articles, are the seals that are cut into the variant shapes along the border line of illustration, which are sold for about 500 yen per set. Although there are goods containing 13 variant odd shape cut sheets, the fabrication of platemaking and blade form does not offset the expenses when a single purchase order is placed with us for 100 sets or so. Moreover, there is a case in which a cutout of a complicated shape could be difficult by means of blade type form.

Ms. Y who is the company’s illustrator says, "Because, in the final analysis, even one variant seal can be produced from one sheet, those customers who do not want to a redundant stock appreciate it." She also continues saying, "We can take an approach in such a way as to narrow down goods, while producing goods as many kinds as possible and checking their sales performance via their test sales or the like."
As there are instances in which we make one piece of sample and submit it to a local government, etc. which is the right holder of an applicable local mascot character to comply with its request, "the final conclusive factor" has become more decisive factor partly because the ordering rate increased sharply than before, as compared with oral presentation or explanation through a written plan alone.

In the company, at the stage of a consideration of the introduction, there was some concern about actual cut demand, because no forecast was made about it. However, they come to see such a pattern that our customers could place an order with us for products in small-lot production at ease, and thereby that their variation and product lineup increase. 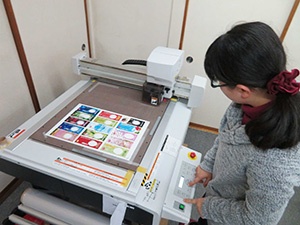 Those local mascot character goods and other goods which are sold under the theme of local communities are hard to sell at one item, and that there have been many requests for "increase in product lineup and development of one selling space for their sales increase." On this account, orders are concentrated to KOJIMA which is capable of achieving small-lot production.
"Any business of local mascot character goods is a chancy trade, and there is some case where they cannot be sold out even if we produce 100 pieces of them only. That is why our company's value could be accepted." says Mr. S.

While Mr. S and Ms. Y are actual two users, both of them say in unison, "Our work operations are performed nicely", in such a manner that sheet setting is made during design work. 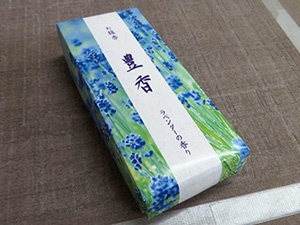 The one of our latest masterpieces is "a box of incense sticks."
Although the foldable Thompson box can be fabricated by means of ruled line function of "CFL-605RT", since it can create even one piece of such box, the processing of marking the name of a place, a brand name, a character name, or sometimes of putting in a name of a person onto each box is made available.

Although Mr. S says, "Whether or not newly developed goods will be adopted as a merchandise is determined by their future course", he will continue using "CFL-605RT" and proceeding with further product development making use of Mimaki's products.

This company was incorporated by the grandmother of President in 1956, and thereafter the scale of its business has been expanded by the former President (his father), which is a general wholesale dealer of souvenirs. It deals with tourist spots all over Japan, producing a wide variety of its own original goods tailored to its customers’ demand.
The commodities it sells include Kokeshi dolls (Japanese cylindrical wooden dolls), which are one of the best-selling goods; key holders, ballpoint pens and stickers (standard articles as souvenirs); and other goods such as incense sticks.